The story of Kampung Syed, Penang 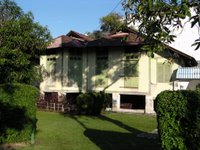 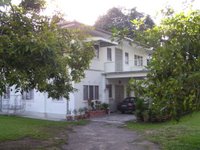 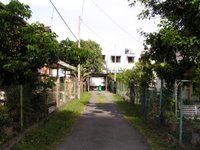 Down the road of Kg Syed


Burma Road, Penang was the only road where, once upon a time, you can meet communities from South-east Asia and the Middle-east. Most of the communities are sadly gone today due to commercial development of their 'kampungs' or because of migration.

The Jewish community, which migrated to Australia, left a cemetary at Jalan Zainal Abidin (formerly Jahudi Road), the Bawean or Boyan 'pondok' further down the road had to make way for development. The Bawean migrated from an island off Java and most of them work as horse handlers with the Turf Club or as drivers.
Further down the road towards Pulau Tikus is Kampung Herriot (Malays and Jawi Peranakans), Kampung Hogan (mixed community), then Kampung Syed or Kampung Arab, Kebun Sireh (Chinese) followed by Kampung Awak (Burmese) and Kampung Siam (near the Thai Buddhist temple) and then Kampung Serani, near the Pulau Tikus Cathedral.
Except for Kampung Syed and Kampung Herriot, the other kampungs are mostly gone. Most of the Seranis or Eurasians migrated to Australia or settled elsewhere in Penang and the other states while the Burmese and Thais had to make way for development.
Other small kampungs include Kampung Palembang next to the Kelawai Road Mosque which produced two well known Malay actors of yester-years Nyak Osman or Man Kuching (acted in Keris Sempena Riau, Laksamana Bentan among others) and the late Ibrahim Din (comedian-cum-actor).

As for Kampung Syed or Kampung Arab or Kampung Coopee Ammah (according to the corrupted version of the English) was owned by Syed Abdul Rahman bin Tunku Syed Hussein Idid. He sold it to Syed Mohamad bin Syed Abdul Rahman Alhabshee for 500 Spanish Dollars. Syed Mohamad is the husband of Ku Pahmah binti Ku Zainal Abidin, a wealthy lady from Kedah. The name of Ku Pahmah was corrupted by the English as Coopee Ammah and because of that, many were of the impression that she was an Indian Muslim. The English also corrupted Tanjong Bunga to Bungah, pinang to Penang, Kelawai to Kelawei, Baru to Bahru or Bharu and the list can go on and on.

Syed Mohamad Alhabshee was a palace official serving Sultan Ahmad Tajuddin Halim Shah II, who ruled the Sultanate of Kedah from Kota Kuala Muda. He was a widower with two children namely Syed Noh or Habib Noh (born 1802), the Saint of Singapore, and Sharifah Aloyah. Syed Mohamad married Ku Pahmah, widow of Syed Yassin Al-Anggawi who was killed at Limbong Kapal when Kedah was attacked by Siam (1821). They migrated to Penang.

On 24th February 1875, Ku Pahmah wrote a will to transfer the land situated in the District of Telok Ayer Rajah, being part of Grant No. 1170 Registered No. 684 of 1860/61, which she endowed to her son Syed Zain (a trusted officer of Tunku Dhia'uddin or Tunku Kudin, the then Raja Muda of Kedah and son-in-law of Sultan Abdul Samad of Selangor) as the official trustee.
In the will, she stated that the land shall never be sold, leased or mortgaged by any trustee or trustees thereof or by any other person or persons whomsoever in any manner whatsoever. The land was later refered to as Coopee Ammah Wakoff of Lot 147, Town Sub-division IV, in the North-East District, Penang covering an area of 142,417 square feet.

On 6th August 1936, one of the trustees, Syed Abdullah bin Syed Mohamad bin Syed Zain Alhabshee, after consulting Syed Mohamad bin Syed Ali Idid, Kelawai Road-born Kedah magistrate and great grand-son of Tunku Syed Hussein Idid, handed over the administration of the land to the Mohammedan and Hindu Endowments Board (The Board). He did that in order to honour the will of Ku Pahmah because his elder brother and the other trustee, Syed Noh (not The Saint) wanted to sell the property. Syed Noh was living in Johor and was in need of money.

The land was officially administered by the Board effective 23rd December 1936 under the provisions of section 4 of the Mohammedan and Hindu Endowments Ordinance (Vide Gazette No. 122 of 31st Dec. 1936).

When the Board took over the administration of the land, there were seven houses:-
1. House no 196, (Syed Ariffin Alhabshee, son of Ku Pahmah. It was the official residence-cum-family court of the Kadhis (Syed Ariffin, his son-in-law Syed Hashim bin Idros Alsagoff and lastly Syed Salleh bin Hashim Alsagoff).

Today, 16 out of the 23 houses standing on the land were owned by descendants of Ku Pahmah and Syed Mohamad Alhabshee.
Posted by Unknown at Tuesday, May 02, 2006

I certainly hope that no wakaf land in Penang will be commercialized or developed benefiting selective contractors or cronies of the state government.In most wills by donors of endowed land it clearly stated that the needy and the poor only must be the sole occupants of these lands.
These donors cherished mankind.How many millionaires or billionaires today who are a product of the New Economic Policy are capable of emulating them.
Many would prefer to increase their own wealth and spend on marriages and social occasions only. Save all wakaf land in Penang and elsewhere in Malaysia forever.

Call for Entries on the Jawi Peranakan Experience in Malaysia

Would you like your family to be featured in an exciting book on the Jawi Peranakan? Do you know your family genealogy? Can you do a kinship chart?

I am helping to edit a collection of autobiographical stories and part anthology on the lives and experiences of being Jawi Peranakan in Malaysia. Its editors are respected women of Jawi Peranakan descent.

The Jawi Peranakan of Penang, Kedah, Melaka and of other Malaysian cities were locally-born, Malay- and, often, English-speaking Muslims of mixed non-Malay and Malay ancestry. See also the definition of Jawi Peranakan in the book “Straits Muslims: Diasporas of the Northern Passage of the Straits of Malacca” by Wazir Jahan Karim et al (2009).

Each prose piece must be autobiographical in nature, but considerable latitude will be given to content and narrative style. Manuscripts in English should be double-spaced using Word format and not be more than 10 pages or 2,500 words in length. Only one entry per person will be accepted.

The best nine entries will be accepted for publication in the collection mentioned above. Those chosen for publication will be asked to submit scanned family photos to accompany their pieces. Photos should be high resolution of above 300 pixels. They should contain detailed captions of place, date of event, description of persons in the photo from left to right, with comments on the persons’ dress, context of photos, etc.

This is a great chance for you to test your talent as a writer.

Submit entries for consideration by July 1, 2012 to mtimor_2005 AT yahoo DOT com. Questions on prose requirements may be directed to this email address as well.

May I have the permission to quote you from this blog?

Additionally, I may have a few questions about Raya celebration in the kampung. May I email you my questions personally?