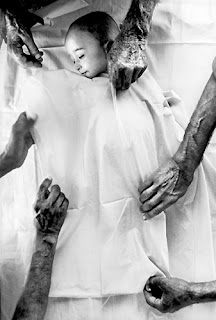 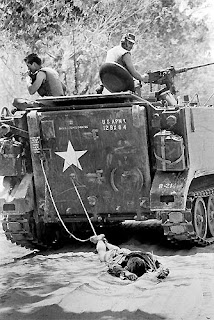 Posted by Unknown at Thursday, December 27, 2007 No comments:

Wishing all my Christian friends and blog visitors Merry Christmas and Happy New Year. Let us pray and hope that the years ahead will see peace and harmony on Earth.
Posted by Unknown at Saturday, December 22, 2007 No comments: 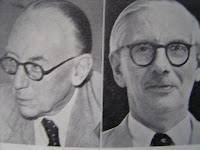 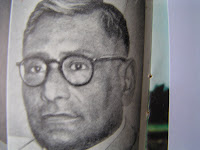 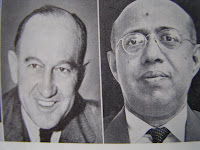 Sir William McKell (Australia) and B. Malik of India

Hindraf is suing the British Government for the 'sufferings' of Indians (Malaysian ciizens)and partly put the blame on the Reid Commission for not providing constitutional protection to the Indian community in the then Federation of Malaya and now Malaysia. Following are background information on the Reid Commission taken from a special publication of the then Straits Times in conjuncion wih Federation of Malaya's independence in August, 1957.

In March 1956, an independent commission to draw up a constitution for a fully self-governing and independent Malaya was set up. The chairman of this body was Lord Reid, a disinguished British judge.

The Reid Commission produced its report in February 1957. It recommended "a federal form of constitution for the whole country as a single, self-governing unit within the Commonwealth based on parliamentary democray."


"In recommending the form which the necessary political and administrative changes should take," the report said, "we have borne in mind that the new provisions must be both practicable in exising circumstances and fair to all sections of the community."


Though unanimous agreement was too much to expect, it was universally agreed that the commission had taken a statesmanlike, sympathetic and well-balanced view of the problems of Malaya's plural society. Provisions was made for a strong central government, and for these additional main objectives:

A measure of autonomy for the States and Settlements.

The safeguarding of the position and prestige of Their Highnesses as constitutional Rulers of their respective States.

A constituional Paramount Ruler (Yang di-Pertuan Agong) for the Federation, to be chosen from among the Rulers.

A common nationality for the whole of the Federation.

The safeguarding of the special position of the Malays and the legitimate interests of other communities.

A great achievement during the hearings of the Reid Commission had been the presentaion of a joint memorandum by the triple Alliance. This reconciliation of the different, and to some extent conflicting, views of UMNO (United Malays Naional Organization), the Malayan Chinese Association (MCA) and the Malayan Indian Congress (MIC), would have been impossible in the political climate of Malaya only a few years before.


It was a gesture of Malayan unity before a Malayan nation had been born.


The Reid report adopted a number of the Alliance proposals, and also some of those made by the Rulers' Conference, but added others of its own. After the report appeared, UMNO took the position that where the Reid was beyond the Alliance memorandum the latter should stand, because the Alliance proposals had been agreed upon as the farthest to which each of the three main communities could go in give-and-take negotiations.

The Chinese accepted the Malay view, and, because it involved a real sacrifice, this was perhaps an even more striking gesture of goodwill, compromise and Malayan unity than the original agreement reached within the Alliance.

The Reid report was referred to a working committee of the Federation Government and the Rulers to hammer out such contentious matters as remained, particularly the commission's recommendation that the Straits-born communities of Penang and Malacca, should retain their dual status as Federal citizens, and citizens of the United Kingdom and the Colonies. This the Constitution permits, but only on the basis of undivided loyalty to Malaya. This dual citizenship dies with the present (1957) generation.

From the first, however, there was unanimous agreement on certain other main recommendations : notably the widening of the Malayan citizenship law so as to enlarge the Federal electorate (bringing in many more Chinese, Indians and others); and also on the position of Islam as the state religion, with freedom of worship for all other religions.
Posted by Unknown at Sunday, December 09, 2007 4 comments:

The diary of a proud Raja Cholan Indian/Hindu

"I was born in this bumi/land. I am anak buah Malaysia! Have I been marginalised? No! I am a Hindu and have been & been to many Temples my Land!

"I have been not given a place in University? No! Three times I have been enrolled! Bachelor of Arts (Literature & Drama in Bahasa & English, with Sanskrit & Tamil Literature as minors) - graduated with Honours - Universiti Malaya 1977. Further Certificate in Legal Practice (The CLP), Universiti Malaya in 1986. Masters in Law (LLM) in 2000, University Malaya (I withdrew for personal reasons)."

Jeyapalan was educated at the Methodist Boys School, Kuala Lumpur (Standard 1 to Form 6! and was offered a place in the elite Royal Military College (RMC) in 1969, but his father did not give permission because he believed that it is his destiny to be a man of the Laws not to carry weapons!

"Was I never offered a Scholarship? Was too, many, but was/am very independant and refused!

"Am I anti Government! No! because The Executive is the fundamental triparte bastion of Malaysian Democracy! But I am always "quarelling" with Government, such that when I appear in a Government Department, things get down (for my people - Malays, Chinese, Indians, Kadazans, Muruts, Eurasians, Peranakan etc).

"In my heart & soul, the rich tapestry of our cultures is so imbedded with our heritage that even when I am travelling along our roads, past padi fields, past plantations, I feel the sense of history & blessedness this Bumi emmanates!

Jeyapalan said there were many imbalances, many injustices, many faults - but that's human. All matters can be resolved by those who have the ability, by dialogue & "harrasment", until the authorities relent. Proper & clever use of the law and talking will overcome.

"If I one person, with a whole lot of friends (network) can achieve these, without street confrontation, and especially when I do not have the financial resources, so can other Indians (read HINDRAF)."

He said he is very proud of by Heritage (Raja Cholan Indian/Hindu) but he is Malaysian first!

"I am very proud to be a subject of MY KING (DYMM YANG DI PERTUAN AGONG) & I will never give allegience to a Sovereign of another Land!

Malaysia is NOT Sri Lanka

"India faces another erupting 'Sri Lanka' in Malaysia. The problem in Sri Lanka is the manifestation of a majority ethnic community continuing centuries of human rights abuse and discrimination on a minority ethnic group. India as a country did little to support the Tamils that want justice. Now it is too late. The civil war in Sri Lanka is real," Chadda added.

He claimed that a similar situation "is arising in Malaysia."

"The Indian communities in Malaysia are abused for centuries. The human rights abuse goes well beyond a few cases. It is an attempt by the majority ethnic groups to literally exterminate the Indian ethnicity in Malaysia," Chadda wrote.

He said India must rise and tell the Malaysian authorities that human rights of Indian ethnic communities will not be tolerated.

"India should threaten militarily and economically. Fiscal, trade and diplomatic boycott is the first step.
"Indian Navy should be authorised to use all means including serious blockades to make the Malaysian authorities know that India will not tolerate ethnic abuse of Indians in Malaysia," he said.

Now, who is this Chadda fellow trying to scare with military threats and naval blockades? Podah!

Well for his information, since he is misinformed and confused and hopefully not insane person, you cannot compare Malaysia with the situation in Sri Lanka. By claiming that 'a similar situation is arising in Malaysia' clearly indicates that you are 'nuts'.

Malaysians in general, Indian-Malaysians included, were fed up and annoyed with the wild accusations hurled by Hindraf especially on the ethnic cleansing.

There are Indian-Malaysian ministers, deputy-ministers, parliamentary secretaries, senior civil servants, senior military and police officers, senior judiciary officers, business tycoons, multi-millionaires and even billionaires, there are Tamil schools (which one cannot find in Singapore) and Hindu temples constructed legally in all Malaysian states.

In Batu Caves, Kuala Lumpur you can see the tallest standing statue of the popular (especially in Tamil Nadu) Hindu God, Murugan, which you cannot find such a majestic statue in other non-Hindu countries outside India (Tamil Nadu).

As for calling on the Indian government to 'intervene' including with military threat, Chadda must be reminded that we are not living in the stone age or the era when powerful empires went on world conquest. The United States had done that and now they are suffering in Afghanistan and Iraq.

We are not talking about Indian nationals living or working in Malaysia. We are talking of Indian-Malaysians. They are not citizens of India. They are Malaysian citizens.

For the record, the majority of Indian-Malaysians are loyal, dedicated and good citizens of Malaysia. They had and continue to contribute to the economic and social developments of Malaysia. Hindraf, I believed, did not represent the majority but a minority voice of Malaysian Hindus, not even Malaysian Indians in general bearing in mind there are Tamil Muslims, Gujerati Hindus and Muslims, Punjabi Sikhs and Muslims and the Malayalee Hindus and Muslims.
Posted by Unknown at Monday, December 03, 2007 39 comments:

t
Poverty is still or remains the major problem faced by Malaysians, irrespective of race or ethnic background. Lack of education, the key to all opportunities, is another problem although the administration is providing 'free' education.

Whether we like it or not, we still face some social problems because the poor make up most of the bottom 40 per cent.

Many Malay, Indian, Chinese and the Bumiputeras of Sabah and Sarawak have not been able to overcome the cycle of poverty. Things are not going to be rosy next year when prices of essential goods are going up and up. Blame it on crude oil.

Malays had high numbers of drug addictions while Indians and Chinese continues to face public employment blues and the question of just, equal and fair opportunities, as raised now and then by their community leaders.

Children of the poor - Malays, Indians, Chinese and other Bumiputeras dropped out of the educational system prematurely.

The Malaysian poor are suffering in silence and most of the time, forgotten. They could not afford to be in the big city to march to palaces or to foreign embassies to seek assistance or the attention of The White House or the occupant of No. 10 Downing Street, London or the Chief Minister of a foreign country to "intervene".

Any one care to walk with the Malaysian poor?
Posted by Unknown at Saturday, December 01, 2007 2 comments: