It is sad to note that certain quarters, particulalrly irresponsible Christians such as American Pastor Jones are in fact putting others up to do something stupid. It took a Syrian Catholic priest to remind them of what Christianity and the teachings of Jesus are all about. Following is the (translated) letter from Father Elias Zahlawi to Pastor Jones.
Respected Pastor Terry Jones,

I have read your worldwide call for the burning of the Quran on this coming 11th of September. Your message stated that you are a pastor of one of the churches in Florida in trhe United States of America.
As an Arab Catholic priest from Damascus (Syria), I wondered what would be your objective, as an American pastor, for such a call?
I wondered, and I ask you: What are your responsibilities as a pastor?
Are you really a Christian pastor serving God in a church in America?
Or are you merely a layperson from America who is pretending to be in the service of Christ?

Did you give in to your nationalism (Americanism) rather than giving in to your Christianity?

What is your aim with that call?

(Do you wish) to further fuel hatred among people? Is that consistent with (the teachings of) Jesus, whom you represent in your eyes and the eyes of many others? Tell me, is there in the character of Jesus, in his words or in his actions anything that would remotely justify even a hint of promoting disdain and hatred among people?

Have you forgotten that Jesus was completely for love, forgiveness and peace? Have you forgotten what he taught us when he told his disciples and the people after them to tell God the heavenly Father of all to "forgive us our sins  as we forgive those who wrong us"? You overlooked or forgot that when Jesus  was hanging on the cross and being subjected to insults and vile words, he raised his voice, saying, "O Father, forgive them, for they know not what they do."

Who, then, do you represent or who are you trying to guide with this call of yours?
Isn't it enough what has been happening since September 11, 2001: the killing, destruction, displacement and starvation of hundreds of millions of people throughout the world, from Palestine - the land of Jesus - by your leaders in particular, headed by George Bush, who was claiming direct communication with God?

Wouldn't you agree with me that with your call (to burn the Quran), you have demonstrated that you are really unfamiliar with Jesus and that you desperately need to re-discover him again to be a true Christian pastor who calls, like Jesus, for the comprehensive love and full respect for every human being and a commitment to the full and wonderful teachings that call upon all believers, without exception, to always stand beside the poor, the oppressed and the disadvantaged?

My brother Pastor Jones,
Can you tell me, honestly, if Jesus came today, whose side would he take?

Is it the side of the powerful and arrogant oppressors who dominate the world and endlessly plunder its resources, violate its laws and international treaties, and kill people in their countries and destroy houses on top of their owners and turn them into refugees across the earth? Or is it the side of those who are oppressed, the disadvantaged, hungry, and homeless?

Did you forget what Jesus himself would say on the Day of Judgement to each person in front of him: "All that you did to one of my brothers, you actually did to me"?

I wonder if you have overlooked or forgotten that Jesus did not point in that speech on the Day of Judgement to the religion of any of those mistreated persons. He only referred to everyone as belonging to the human race and to his standing with the deprived, the weak, and the oppressed in this world.

So how could you as an American Christian pastor stand with the oppressors from your country whose injustice has spread around the world?

Aren't you afraid of when you appear before Jesus on Judgement Day and you are burdened with a heavy conscience, like your leaders who are blinded by the gods of powers, money, control and greed?

My brother Pastor Terry. Do you think I am being unfair if I conclude that your hatred toward Islam is what drove you to such a reprehensible call for the burning of Islam's holy book, the Quran?

But let me ask you, as a Syrian Roman Catholic priest: What do you know about Islam? It appears to me from your call to burn the Quran that you are ignorant of Islam and Muslims.

Here are my suggestion.

I invite you to visit Syria, where you will be my guest and the guest of many of my Muslim and Christian friends. Syria is a country populated mostly by Muslims and in which Christians are indigenous to the land and have lived side-by-side with Muslims for centuries and centuries. Come and don't worry about anything.

Come and you will find out aboud Islam and Muslims what will comfort you, please you, surprise you, and even lead you, from where you are today in Florida, to invite all people to live in respect, love and cooperation among all people.

This is what people need rather than the un-Christian call to fuel the sentiment of hatred and division. Come to Syria and you will be amazed by the good nature of people and their faith, their relations, friendly cooperation and openness toward all strangers.

Come to Damascus to witness and live an experience that is not in your mind nor the mind or expectation of all the churches of the West or their bishops, pastors, and clergymen.

Come to see and hear two choruses, Christian and Muslim, singing together during Christian and  Islamic holidays to praise Allah, the One God, who created us all, and to whom we all return.
My brother Pastor Terry,


I call you my brother and I am serious about calling you brother and about my invitation to you. I await a word (of reply) from you. Trust me that you will find a brother in Damascus, actually many brothers.
I ask God to make our anticipated meeting the beginning of a long and interesting path that we undertake together with other brothers in Damascus and around the world.
How desperate is the need of our world for bright roads.

Come, the road to Damascus is awaiting for you.


(It is indeed sad that there are people such as Pastor Terry, who is nothing less than a wolf in a sheep's skin, no less a devil living in the so-called land of the free, to make such a call. Although Sept 11 has gone by, we must remember that there are other Pastor Terrys not only in the United States but in Europe and Australasia. We thank Allah/God that there are responsible and fair-minded people such as Father Elias Zahlawi and we believe so are the  majority of Christians in this world who do not share Pastor Terry's stupid and un-Christian call to burn the Quran. For the record, the name of Jesus Christ or Isa to the Muslims, are mentioned no less than 25 times in the Quran. To us Muslims, Jesus is the Prophet of Allah, part of the chain of prophets beginning with Adam (peace be upon him) and ending with Muhammad (peace be upon him), Abraham (Ibrahim),  Moses (Musa), Noah (Noh), John (Yahya) and  Zachariah (Zakariya) (peace be upon them) all belong to this chain of prophets.
Posted by Unknown at Tuesday, September 21, 2010 2 comments: 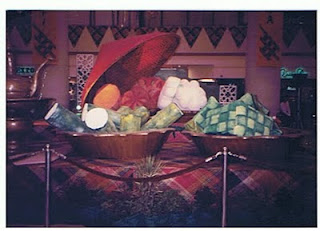 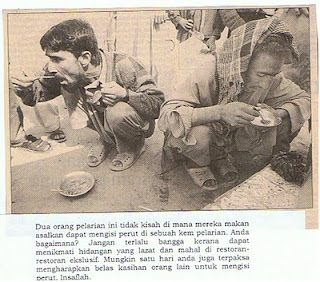