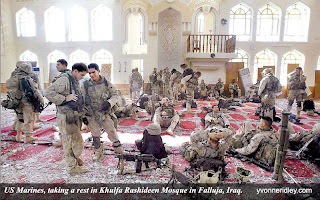 The United Nations investigator on racism, Doudou Diene on Saturday condemned a rising trend of Islamaphobia, especially in Europe, where he said it was being exploited by some right-wing political parties.
Doudou, the UN special rapporteur on racism, racial discrimination, xenophobia and related forms of intolerance, also accused Switzerland's most popular party, the right-wing Swiss People's Party (SVP/UDC), of inciting hatred. He urged the withdrawal of the party's controversial campaign poster calling out for expulsion of foreigners who commit serious crimes, depicting three white sheep booting out a black sheep under the headline "For the Security of All".

"In the current context, Islamaphobia constitutes the most serious form of religious defamation," Doudou said in speech and report to the UN Human Rights Council, whose 47 member states were holding a debate on religious defamation.
More and more political leaders and influential media and intellectuals were "equating Islam with violence and terrorism," and some were seeking to "silence religious practices by banning the construction of mosques', he said .

Pakistan, speaking for the Organization of the Islamic Conference (OIC), called the rise of Islamaphobia "alarming".

"Recent acts of defamation in the shape of blasphemous sketches in Sweden and posters in Switzerland reinforce this conclusion. Such blasphemy should not be encouraged in the name of freedom of expression," Pakistan's envoy Masood Khan said.
He said the OIC, which groups 57 Muslim countries and represents 1.3 billion Muslims, condemned terrorism in all forms. "The international media continues to use the misguided actions of a small extremist minority as an excuse to malign the entire Muslim world, as well as the religion of Islam," he said.
Meanwhile, in his 21-page report to the Council, Doudou, a Senegalese lawyer, said that Islamaphobia had grown since the September 11, 2001 attacks on the United States. Worldwide, an increasing number of traditional democratic parties were "resorting to the language of fear and exclusion, scapegoating and targeting ethnic or religious minorities in general, and immigrants and refugees in particular", he said. In Europe, Muslims faced growing difficulties to establish places of worship and carry out their religious practices such as dietary regimens and burials. Political parties with open anti-Islamic platforms have joined governmental coalitions in several countries and started to put in place their political agendas .

Dreadful, isn't it? That's how non-Muslims feel in Malaysia whenever any kampung UMNO wannabe leader decides he wants to kill all the dogs because they are haram or non-Malays must follow Arab dress code, etc. The foreigners' attitude to Muslims is coloured by the 9/11 tragedy. Muslims can help by not siding with terrorists and being sensitive to the feelings of non-Muslims neighbours.

"Verily, actions are judged by intentions and every person gets the reward of what he intended..." (Al-Bukharee: The Book of Good Manners)