Looking back - the story of Malaya - the new nation 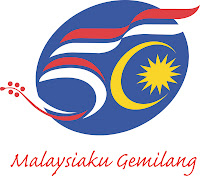 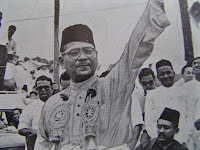 The Malay Peninsula was known to the traders and travellers who followed the sea route between India and China in the early centuries of the Christian era. Kedah, Kelantan, Terengganu and Pahang are mentioned as Malay kingdoms in very early records. The Malay Peninsula witnessed the rise and fall of empires such as Lankasuka, Sri Vijaya, Minangkabau and Majapahit.

Islam crossed the Straits of Melaka from Sumatra towards the end of the 11th century, driving out the Buddhist and Hindu religions whose imprint can still be seen in the ritual of Malay courts and customs and in the lore of the kampungs. The 15th century saw the rise of Melaka from a fishing village to a powerful Malay sultanate and a flourishing port known to traders of East and West. Then the Portuguese rounded the Cape of Good Hope and reached India. The era of European conquest and expansion in Asia had begun. The first Portuguese ships were seen in the Straits of Melaka in 1509. Two years later Melaka fell.

But nearly 300 years were to pass before European penetration of the Malay Peninsula extended beyond the fortress and hinterland of Melaka. The Dutch took Melaka from the Portuguese in 1640, and the Dutch handed over to the British when Napolean overran their country in Europe.

During these centuries the Johor empire waxed and waned; Perak fought Acheh; Bugis invaders from Celebes (Sulawesi) founded colonies in Selangor; the Minangkabau Malays migrated across the Straits and settled in Negri Sembilan; and in the north the Siamese claimed sovereignty over Kedah, Kelantan and Terengganu.

Britain got her foothold in Malaya in 1786, when the Sultan of Kedah "was tricked" to cede the island of Penang to the East India Company. There followed the "acquisition" of Singapore by Stamford Raffles in 1819 and the final transfer of Melaka from Holland to Britain in 1825. Thus Britain completed the string of ports and settlements down the west coast that became in 1867 the Crown Colony of the Straits Settlements. In 1874, the Treaty of Pangkor was signed, and that was the beginning of eight decades of Malayan history in which there were British residents, and later British Advisers, in Malay States. 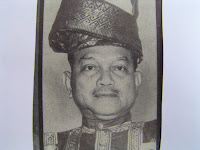 Where does Malaya stand on Merdeka Day and how firm are its foundations? What are its problems and its potentialities? These are questions that every Malayan citizen will ask himself amid the celebrations of Independence Day. In a special booklet to mark Malaya's independence published in 1957, the then The Straits Times Press Ltd., provided some answers.

The Emergency continues to be a canker in the body politic, far less dangerous than it was but not yet cut out and cured. After nine years, in which some 11,000 Communist terrorists have been eliminated, the Emergency is still engaging an army of Commonwealth, Malay and Malayan security forces, and forcing the Federation Government to spend well over $100,000,000 a year which is urgently needed for the social services.

Since the national elections in 1955 it has no longer been possible for the Communist to say that they were fighting the British regime. They are fighting a democratic Malayan Government. The Tunku sought to end the Emergency once and for all in 1955 by offering an amnesty to the enemy in the jungle, and went so far as to meet their leader, Chin Peng, in Baling, Kedah. But the Tunku firmly rejected Chin Peng's demand for recognition of the Malayan Communist Party, as a condition for the laying down of arms by the terrorists. The Federation Government withdrew its amnesty offer in February, 1956, and ordered anti-Communist operations to be intensified.

There are in Malaya on Merdeka Day seven British battalions, one Australian battalion and six Gurkha battalions. The British Government is to withdraw some of these units, but an assurance has been given that the majority will remain. 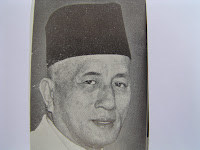 As stated earlier, the new Federation was inaugurated through the efforts of UMNO under Dato Sir Onn. Chief Minister the late Tunku described it as the first important role UMNO played, and this accomplishment gave UMNO its political strength and power, first to fight and defeat McMichael's Malayan Union proposals, which would have robbed the Malays of their rights, and then to fight for the return of royal sovereignty which the Sultans had surrendered to the British without a fight.

In his book Viewpoints the Tunku wrote that during the turbulent period of the Communist insurrection, UMNO's role appeared to be less important. The slogan "Hidup Melayu" carried very little significance and weight in the face of the Communist cry of Independence for Malaya. 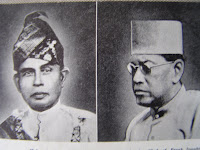 It was a Malay party with the slogan "Hidup Melayu", but to achieve autonomy for Malaya it would be necessary to get the support of the whole population of Malaya. Any racialist movement would not succeed. The situation called for a united effort by all the races in the spirit of do-or-die for Malaya. Every man had to give his undivided loyalty and unite in a common purpose to fight for Independence. The Tunku asked those who considered themselves Malayans to come forward. He said it was not an easy task, for UMNO looked upon by others as a racialist Malay party whose only concern was for the Malays, and a party arbitrarily opposed to other races. In such a situation how was it possible for him to win over others to the cause of Independence, but, the Tunku did just that and Malaya declared its Independence on August 31, 1957.
Posted by Unknown at Friday, August 03, 2007